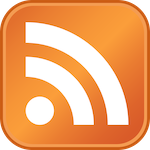 I started using RSS (Really Simple Syndication) years ago – I am guessing the early 2000s. It was my primary means of staying on top of what was happening on the websites I followed. Websites that ranged from tech to toys (big boy toys) and photos to funnies.

Really Simple Syndication is a type of web feed which enabled me to easily access updates to the websites I followed. I used a variety of “news aggregator” apps to automatically check the RSS feed(s) for my favorite sites – saving me from having to go to each of the sites every day to see if there was something new.

In the mid-2000s until it was shut done in 2013, Google Reader was THE aggregator. We poured one out when it rode off into the sunset.
I think the world of RSS took a hit when Google Reader was shut down, but RSS never went away. I found other solutions to feed my addiction – I mean interest – to too many websites.

I could see what I wanted to see, not what someone told me I should see.
And now RSS is making a comeback

… anyone weary of black-box algorithms controlling what you see online at least has a respite, one that’s been there all along but has often gone ignored. Tired of Twitter? Facebook fatigued? It’s time to head back to RSS.