I love a good map.

Found this awesome map that is focused on the history of place names in San Francisco.

For example did you know that Coit Tower was named after Lillie Hitchcock Coit.
Famed for her history with San Francisco’s volunteer firefighters, Coit became a “mascot” for Knickerbocker Engine Co. No. 5 at the age of fifteen. She willed one-third of her estate to the city of San Francisco, which used it to construct two monuments: Coit Tower and a statue of firefighters in Washington Square Park.

I could spend hours exploring the history of the places of the City by the Bay.

I just finished reading Michael Lewis’ latest book – Flash Boys. I think whatever respect I held for Wall Street has been crushed.

Flash Boys is the story of one man trying to level the playing field on Wall Street by starting his own exchange – IEX Trading.

Lewis does a good job at explaining what High Frequency Trading (HFT) is – at least I can follow what he was explaining – and how a greedy group of folks are raking in BILLIONS (yes with a B) of dollars by doing nothing but manipulating the markets.

Brad Katsuyama feels something is off and starts poking around and discovers things about Wall Street that I am sure only a very few know – how it works. And he discovers how the High-Frequency Traders are using speed and technology to manipulate the price of stock and make money off of the cents – or fraction of cents. But in enough volume, even the pennys add up

So he sets out to open his own Exchange (where stocks are traded) that levels the playing field. As he explains what is going to the folks that do the investing he opens many eyes, pisses off a lot of folks, and picks up some backers on the way.
But he is fighting a way of business that has been institutionalized on the Street and folks are hesitant to rock the boat.

But he gets IEX off the ground (they went live just Oct 2013 – less than a year ago) and seems to be slowly making a difference.

Here is to honesty and fairness.

One of the series that Tim Goodman was encouraging everyone to watch was HBO’s Game of Thrones. I have never subscribed to HBO so we have missed out on all the HBO greatness, until now. When I switched to Comcast from DirecTV we got 6 months of HBO free. I created the Season Pass on the TiVo and let it do it’s magic. Now with only a couple of shows left in the season we have started to watch Games of Thrones.

We are currently up to episode 4 and gotta say we are hooked. I never read the books the show is based upon and I was hesitant to starting watching because I was concerned that we would be come ‘lost’ in the story due to the number of characters and locales – but it has not happened. We have been able to follow the characters and storied, with the occasional pause of the show to talk about what we just saw or confirm who that character was, without much trouble. I know there is a lot of green screen special effects – but the scale and scope of the scenes suck you in and embed you in the story. It is very rare I find myself thinking how did they do that – must be a special effect.

Since we have the shows TiVo’d we can watch as many as we want in a sitting – but we have limited ourselves to 1-2 episodes. Primarily because 1) we run out of time each night and we have to get up early the next morning (as an aside, I hate when work gets in the way of having a good time); and 2) watching shows with lots of snow and cold makes Bev cold – but then I get a chance to warm her up 😉

The million dollar question – will we sign up for HBO next year so we can watch season 2?

I have been really enjoying The Killing – the new series on AMC. I was turned on to it by Tim Goodman at The Hollywood Reporter (as an aside I think he is great critic and I respect his opinion and you should be reading his Bastard Machine blog). There have been complaints that it moves too slow but for me the pacing has been fine. Sometimes I need lots of flash and explosions – but it is nice to slow down and let the story build. It is about the characters, not the action or special effects. And based upon the amount of rain they show getting in Seattle (where it is supposed to be based), I am seriously rethinking retiring there 😉

It is one of the few shows that I found myself anticipating each week – the others this past season were Fringe, NCIS, and currently Game of Thrones (which I will cover in a separate post). There is only one episode left – where we find out who did it. My anticipation is building and I will be watching it almost live. (With TiVo I rarely watch anything live – I let it go for 20-30 minutes then start watching and skip the commercials). Check back next week for my thoughts on the finale.

Thanks to Lex I know two things I didn’t know when I got up this morning:

1. There are lyrics to the BSG intro – which I never heard because we always skipped the intro (thanks be to TiVo) to get to the good stuff.

2. What the lyrics mean.

Now that I am in to my second week of BSG withdrawal, any BSG news is good news.

and you know who you are – JT & JT 😉
Here is an extended interview with Ron Moore from Wired.

I just updated the web gallery and Flickr with my latest photos.

Links to the photos are to the right. In the Web Gallery, scroll to the bottom to see the latest photos.

Rating – A
Saw on DVD

To take down South Boston’s Irish Mafia, the police send in one of their own to infiltrate the underworld, not realizing the syndicate has done likewise in Martin Scorsese’s multiple Oscar-winning crime thriller, including Best Director and Best Picture. While an undercover cop (Leonardo DiCaprio) curries favor with the mob kingpin (Jack Nicholson), a career criminal (Matt Damon) rises through the police ranks. But both sides soon discover there’s a mole among them.

Bloody, violent, a lot of people die – but in the end the good guys win. Great performance by Jack Nicholson and Leonardo di Caprio

Great clip of Tommy Chong on The Colbert Report with his take on Paris Hilton.

Great new show with Jeffrey Donovan as a CIA agent who gets a pink slip and ends up in Miami trying to figure out who did “burned” him and why. Along the way he uses his “special” skills to help out others.

Updated my photos on flickr and the family site. See the links on the right.

Great interview on The Colbert Report of Conn Iggulden, the author of The Dangerous Book for Boys. (should also check out the video on Amazon)

Watched the 2 hour season finale for LOST last night (had TiVo’d it). What a ride. This show rocks – now just have to wait 9 months to see what happens next.

Good article by Tim Goodman (SF Chronicle TV critic) about kids, specifically young kids, and watching TV. My kids are older, so not all he discuss applies, but the general idea of being aware what they watch does apply.

Removed “24” – this season is just too much and will probably be the last season we watch. The family tagline is “don’t make me get the plastic bag” – referring to Jack’s favorite torture method.

Added “The Colbert Report”, “The Riches”, and “The Unit”.

One person’s experience when he got to spend 2 days on the BSG set.

the reviews say you will love The State Within on BBC America. It is on my TiVo list.

Last night we watched House from the previous night.

– vegetative state guy has been in coma for 10 years

– vegetative state guy leans over to window, holds up white boxy shaped item and says – – “what is an ip odd?” [rhymes with zip odd]

Think about it for a sec – – left the family ROTFL

One of the new shows the family enjoys watching is Heroes on NBC on Mondays. Landon and I were discussing which character is our favorite hero. Mine is Hiro Nakamura.

He is actively embracing his powers and is reveling in his role as a hero – plus he looked really cool when he came back from the future with the soul patch and sword.

Landon likes Peter Petrelli – but I wonder when he will figure out what is power really is.

Have finally reached Survivor fatigue. We watched the first episode and said “uh – whatever”.

ER has also reached the end of the line. Felt like every episode was “the most intense episode” (said with deep dramatic voice) and got tired of seeing the same emergencies.

Both shows Season Passes have been cancelled to make room for new stuff.

The family has added Stargate-Atlantis to our TiVo list and I decided to go back and watch SG-1 from the beginning (why – because I could and I like Richard Dean Anderson).

Netflix to the rescue. They have the first 8 seasons available and I am currently in the middle of the second season.

Wish it was longer than 30 minutes. Great story and great acting.

Check out this clip from HBO’s “Extras” with Patrick Stewart. A very different side of Patrick.

For the Lost fans out there, if you were not aware of the Lost podcast you have to check it out.

After a quick interview with one of the actors, Damon Lindelof and Carlton Cruse (Exec Producers) do a breakdown of the past episode, give hints about the upcoming episodes, and then answer fan questions.

No new podcasts for awhile since the season is over, but great way to get insights into the past episodes.

If you are a fan of Survivor, you gotta be reading Tim Goodman’s breakdown of the show – and for the TiVo users in the room, wait until after you have seen the show.

One of the best parts of watching 24 is reading Tim Goodman’s breakdown of the show. He calls ’em like he sees ’em – great read.

Tonight a new show on ABC premiers – Sons & Daughters. I had seen the promos for it and some of the clips looked funny, but what has put it on my TiVo list is Tim Goodman’s review (recommend reading the review because I love the way Tim can turn a phrase.)

He likens it to Arrested Development – which we all know was a great show – because it “is part improv, has no laugh track and traffics in both subtlety (most of the time) and quick-witted dialogue”.

Tim is predicting this will be a short-lived series, so – as I said at the beginning – catch it while you can.

I’m not a huge fan of Simpsons, but got admit this live action version of the intro to the Simpsons is pretty cool. 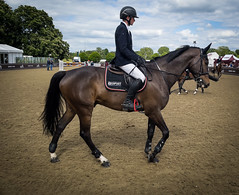 The discs I need to have when I get stranded:
- The Beatles - Revolver
- Boston - Boston
- Bruce Springsteen - The Rising
- The Eagles - Hotel California
- The Foo Fighters - Echo, Silence, Patience, & Grace
- Green Day - American Idiot
- Pink Floyd - The Wall
- The Police - Sychronicity
- Queen - Night at the Opera
- Rush - Permanent Waves
- U2 - Joshua Tree